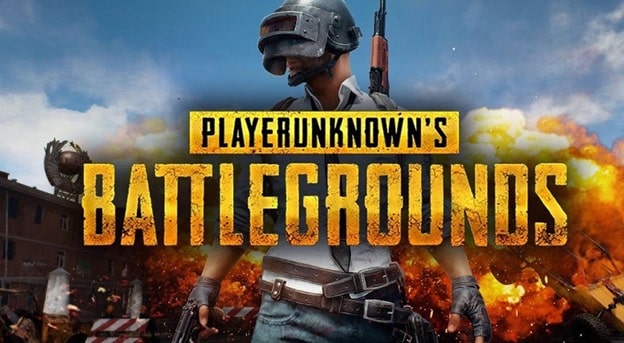 List of countries withdrew the ban on PUBG mobile

PUBG Mobile is a game that garnered the kind of popularity that was previously unheard of when it came to online mobile games titles, but the journey has not been as smooth as it looks. The game has been under scrutiny of government authorities in various countries, many countries have even slapped a ban on the game. Among other popular games, this game is a very popular game among the youth due to its excellent feature’s graphics etc. So PlayerUnknown’s Battlegrounds famously known as PUBG is an online battle royal game developed by a branch of South Korean video game company Bluehole, not many know this but the game has been inspired by the Japanese film Battle Royale.

Also Read: Factors ban your pubg account and How to Get Unbanned From Pubg

PUBG was initially released for Microsoft Windows in March 2017 and later on in 2018 free to play mobile version for Android and iOS was released. While the game has technical flaws, but it always presented new types of gameplay that could be easily approached by the player of any skill level and it received positive reviews from critics. But as the game became popular it also harms the youth. So, some of the countries decided to ban PUBG but after a while, they withdrew the ban. Here is the list of countries that banned and then withdrew the decision.

Also Read: Convert BP to UC in PUBG Mobile and How to Earn Money by Playing PUBG

Here I am gone list out some of the countries that are in the list to ban PUBG and took the decision back after some time. While in India the PUBG ban is still there in place of that some duplicate game as PUBG is going to be introduced soon. All these countries have a different reason to ban this game like the addition of teenagers is one such reason.

Pakistan is one of those countries that banned PUBG as they received numerous complaints against the game. The Pakistan Telecommunication Authorities said that this game was very addictive among the children and it is causing negatively influence also which is a matter of concern for sure. The mental growth of children is been disturbed. According to the survey, some children does not sleep at night playing this game.

Nepal also banned PUBG after discussing with Nepal Telecommunication Authority (NTA). NTA stated that PUBG mobile harms children and teenagers. As soon as Nepal announced the ban on PUBG many people approached the supreme court to overturn the ban.

After Pakistan, Afghanistan was the latest country which banned PUBG mobile. The Afghanistan Telecommunications Regulatory Authority (ATRA) has suspended this game in the country temporarily.  ATRA chief said that the team submitted a report on the issue to ATRA Board after carrying out comprehensive analysis and then a decision was taken to block the game temporarily considering the social and security impact that the game has.

The Indian Ministry of Electronics and Information Technology on September 2, 2020, imposed a complete ban on 118 Chinese applications including PUBG Mobile. The ban was imposed on these apps after citing a threat to the national security of the country. These apps were engaged in activities that are prejudicial to the sovereignty and integrity of India and harmed the people also. But late PUBG corporation announced that they were preparing for the release of the Indian version of the game called PUBG Mobile India, the company also stated that they will also be investing $100 million in the country.

This country has banned the game of PUBG in the year 2019. The reason here was such that the telecommunication regulatory has enquired this game to have some sort of citing violence, isolation and of course self-centeredness among the huge population of children in their country. This thing has made both parents and government worried about the children’s health, studies and social life. The children were almost going crazy due to this game they were not at all worried about anything related to their life. The telecommunication authority banned this game and of course, made certain rules while it was back in the country.

The most surprising name in this list is china this is because the country was the place where this game was invented and launched. But as per the sources inside china banned PUBG due to its bloodshed in the game quite negative for young teenagers to watch as per their policies. Tencent introduced a separate version as per china’s regulations. After some checks been done the game was again welcomed back among the people. The game was little peace after that as blood was shown in green colour and place of players been lying in the pool of blood they were lying on the ground.

The PUBG game is one of the excellent games in term of graphics, gameplay and the fun it carries but as it said overusing of anything can be disastrous. However, the game was again welcomed in most of the countries with a set of rules and regulation. Also, the people/ teenagers were advised to play it for some time, not 24/7 continuously. I hope the article was fun to read by all of you.