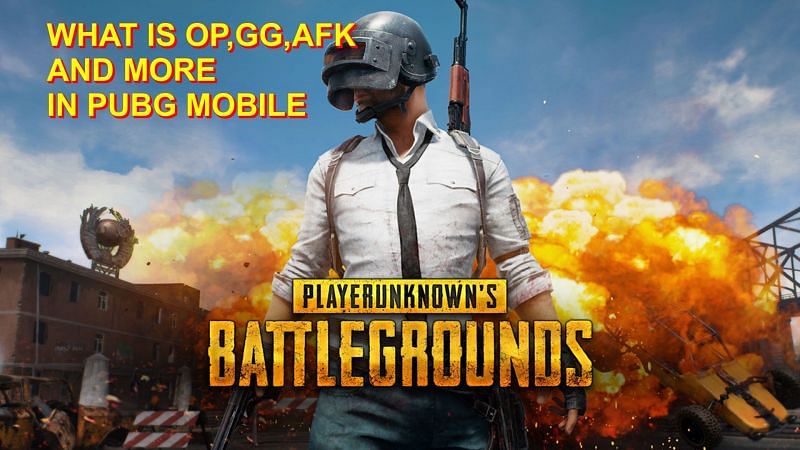 What Does AFK, OP, and GG means in PUBG Mobile

In PUBG Mobile and other online games, players frequently use abbreviations like AFK, OP, and GG. If they don’t have voice chat enabled, it allows them to communicate with their players without having to type as much.

AFK stands for ‘away from keyboard,’  It means that someone has walked away from their computer or device and will be unable to respond to messages for the time being. When someone types AFK, they usually mean they’ll be back in a while.

GG stands for ‘good game,’ and it’s used at the end of online multiplayer games to show that you’ve enjoyed yourself, whether it’s because of the enemy’s sportsmanship or simply because you’ve had a good time.

In this article, we’ll look at what AFK, OP, and GG mean in PUBG Mobile, as well as where these abbreviations came from.

Also Read: How to Disable the Group Photo Option in PUBG and How to Remove Friends in PUBG Mobile

Where did the terms AFK, OP, and GG originate?

Let’s look at where the terms AFK, OP, and GG came from in PUBG Mobile now that we know what they mean.

When internet slang was slowly developing and games like Quake and StarCraft became popular, people started using GG in online multiplayer games in the late 1990s. In the online gaming community, saying GG to your opponents at the end of a round has become part of the unwritten rules or etiquette.

Also Read:  How To Redeem PUBG New State Codes and How to Get Them

This can backfire if you lose the game, so don’t type GG until the game is truly over. Offline, GG is now used in a variety of situations that have nothing to do with gaming. It’s commonly used in conversations to express frustration or to indicate that you’re about to give up on something. If your car won’t start, for example, you might say, “GG car.”

OP stands for ‘overpowered,’ and it’s a term used in gaming to describe a particularly powerful gun, ability (such as in Runic Power mode), or any other aspect of the game. What is considered OP is subject to change as the meta evolves.

Players who want the best guns for that particular PUBG Mobile patch to be nerfed may refer to them as OP. The term nerf or nerfing refers to the act of reducing the power of something.

It’s worth noting that the term OP is frequently used in online communities such as Reddit and similar forums to refer to the “original poster,” or the person who made the post. The meaning of OP can vary depending on the context in which it is used.

AFK stands for ‘away from keyboard,’ and it refers to when someone leaves their computer or mobile device and is unable to respond to messages or do anything in-game.

When someone types ‘AFK,’ they usually mean they’ll be back in a short while. AFK is also frequently used with the word ‘brb’ (be right back). Going AFK in-game disadvantages your team, especially in team-based competitive games like PUBG Mobile’s non-solo queues or mobile MOBAs like Wild Rift or Mobile Legends. This is why many games have penalties to prevent players from going AFK unexpectedly.

AFK, OP, and GG were first used in online chatrooms in the 1980s, just like a lot of other internet slang. It was used to notify others in a chatroom that they would be away from their computer so that the people with whom they were chatting would not log off. Between raids in MMORPGs like World of Warcraft, AFK became more popular.