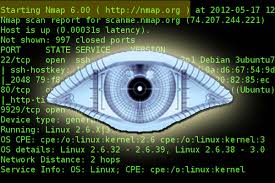 NMAP is free and open source network security scanner that is more often use by security experts to find out vulnerabilities in any network. The NMAP tool is quite easy to operate and it is very powerful in finding vulnerabilities. The security experts once find the vulnerabilities or loopholes in any network would further suggest as how these loopholes can be troubleshoot. NMAP works by sending data packets on a particular IP address. By sending data packets, it analyzes that what ports are open or closed on a network or IP, what different services are running on networks such as FTP, Telnet, and And SSH etc. It can also be useful to find out that whether firewalls, honeypots or other such filters are enabled or disabled and ultimately it is also helpful as what operating system is running.  Here in this article, we will teach you to how to install NMAP on Windows, Linux, MAC and on android.

Also Worth to Read: How to Install Wireshark on Debian

How to Install NMAP on Linux, Windows, MAC and Android – Step by Step Guide

Also Read: How to Install Burp Suite on Linux

How to Install NMAP on Windows:

We can install NMAP on windows with few restrictions. In order to utilize its services fully, you can operate it on linux servers. Here are the limitations on Windows server:

Step by Step Guide to Install NMAP on Windows:

Step 2nd: Now, Run the .exe file which you have just downloaded and accepts all terms and conditions.

Step 3rd: In the third step, choose the different components to install.  Zenmap GUI will be installed in your device by default settings.

Step 4th: Now, choose the location where you would like to install and click on Install button.

So, if you want to install the NMAP on linux, it’s quite easy. First of all the “nmap” package needs to be installed in your system. The commands for different operating system such as for debian, ubuntu and centos are different as follows:

Here, you simply have to run the command “nmap” on a terminal, along with the target’s IP address or website address and the different parameters. In order to have support related to getting parameters one can use “nmap-help” command.

In order to install NMAP on MAC OS X, you do have the choice to install full suite of network discovery utilities such as zenmap that requires X11, ncat, nping and ndiff. All these are good tools it is strongly recommended to install all of them while installing NMAP on MAC Operating System.

How to Install Nmap for Mac OS X

DMG Installer is one of the simplest ways for installing Nmap but you can also use Homebrew or MACPorts.

Step 1st: In order to install the Nmap download the DMG Installer.

Step 2nd: You can get the nmap for MAC OS X free from here.

Step 3rd: Once install the NMAP using DMG, right click the mouse and choose the “OPEN” to get the GATEKEEPER warning if the same is enabled in your device.

Step 4th:  In the fourth step, Install the NMAP completely or alternatively you can opt to install ncat, nping etc.

In order to install the Nmap with Homebrew, you just need to run the following command without reboot:

However the official version of NMAP is available to install to on Windows, Linux or MAC operating systems but there are some tricks using which you can enjoy NMAP on your android devices also.

Step 1st: One can install the NMAP on android using Termux app which is available free of cost on play store.  You can install Termux from here.

Step 3rd: In this step, it will update the package and ask you to continue. You should press Y and continue the process.

Step 4th: In the fourth step, type the command pkg install curl and proceed with pressing enter key. Now, wait for a while until the process complete.

Now, you download the NMAP for android device. Once download you can fully enjoy it on your smartphone as well.

Join Ethical Hacking Course in Delhi by DICC and learn practical implementation of each and every concept of ethical hacking.