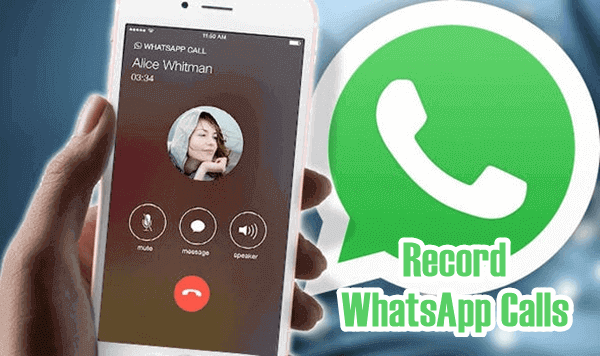 How to record WhatsApp call on an android and iPhone

As soon the use of WhatsApp became quite popular among people the start of using WhatsApp call increased and there is the various reason due to which it became a continues to practice. The most common reason which is being noticed is the calling facility offered through this very app is quite reliable in comparison to the normal call which drops several times in between. That is why using the WhatsApp call is more reliable and efficient. There is plenty of reason available within which the WhatsApp call might be recorded. This may as you are a journalist and then you need to record something for proof, news, research etc. Then the other thing is maybe you are a student who is being studied in a distance learning education program. As in here, the recording must be needed for studying reference or even for notes. Also, one thing that is would like you guys to know is that recording a call is illegal in some regions. So, in such a case asking the person before recording a call is advisable. So, I am sure though this all of you are already aware of the topic of this article. As in here, we are going to discuss how to record WhatsApp call on both androids as well as iPhone. So first we will be starting with android devices.

Here we mostly use the voice recorder app. As most of the android devices out there already has a voice recorder app pre-installed initially. But in case you do not have an app in your android app then kindly do install one of the apps available on the google play store of your device. There are several apps available. Also, kindly take care that you choose an app which has good reviews and rating maintained. In this way, there would not be any problem that you may end up facing. After successfully installing an app on your phone you are all good to record all the calls the user wants to do. There are a few steps that you are required to follow to record:

Also Read:  How to do WhatsApp Marketing

This method is considered to be useful in many devices but still, it is not the best methods available to be used to record WhatsApp calls. The main reason can be that it requires the loudspeaker to be on throughout the call that is not as friendly. Also, if the call is not made in a quiet place, then will end up having all the noises from the surrounding.

In such a situation the other method that can be used is through the cube call recorder app. This method will work without using a loudspeaker. The quality of the audio is quite better in the recorded version. But the only condition is that this method will work with the android devices which support VoIP that stands for voice over internet protocol. The list of devices that support this very feature can be seen through the google play store app.

Also Read: How to Read Old Deleted Messages On Whatsapp and Download GB Whatsapp for iOS and Android

Also Read:  Why should WhatsApp ban a number and how to activate it?

When we talk about the iPhone device then as a user it is already known that the app has a lot of limitations according to which there is not direct permission available to record the WhatsApp calls. But altogether there are some alternative available such as using another phone and start recording in it. But this may require the loudspeaker to be on throughout the app first of all. The third-party apps are not very much good with iPhone so be sure that you cannot use them.

I hope the information listed above helps