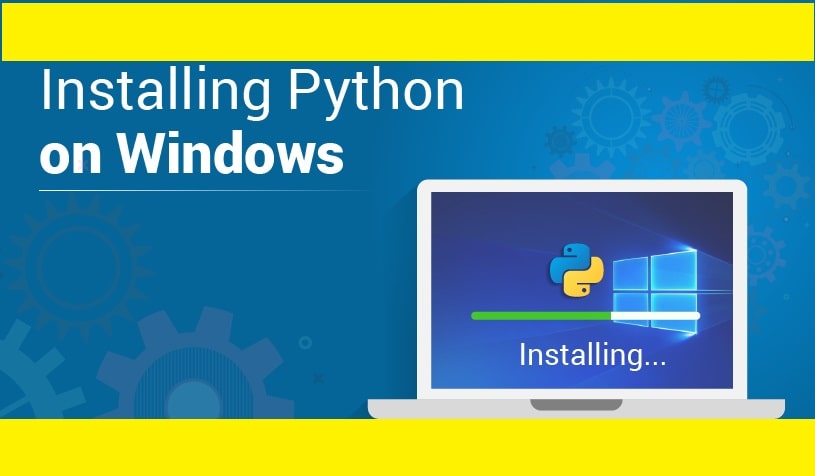 How to install Python on Windows 10

The whole world of information technology is transforming according to the latest technologies and one of the major part used in the development of these new technologies is none other than programming languages. The field of computer sciences is one the most recognized field which is today’s time getting involved with every domain to make it more précised and secure. Programming languages are of course the key tool used in the computer science domain. If we consider various types of languages then I can say that python is the most versatile language and in past few years the language has gained quite popularity among the computer science as well as developers’ community.

Also Read: How to Install Anydesk on Ubuntu and Install burp suite on linux/ubuntu

In 2021 the language of python has become the most popular as well as high-level programming language mostly in use. By this, it’s quite clear that the new developers are getting associated with the python language and the organization are to moving their prestigious project into this. The language was created by Guido van Rossum and was first released in 1991. One can say that this language was initially designed for the programmer to write a more elegant, clear as well logical program with the involvement of few lines of code. This is true about the language after its use regularly by several people to accomplish their tasks.

Also Read: How to Install Metasploit in Android using Termux and Install WIRESHARK ON kali linux/ubuntu/debain

Python language is a cross-platform programming language so that means it is available for most of the operating systems used by people nowadays. However, one thing that must be considered is that you are required to install the python executable file or it is even known as the python interpreter for the operating system present in your device. This is mainly done if you want to execute a python file. By default, the latest version that comes for Mac OS is coming with a pre-installed python. Apart from this the latest Linux Distro is coming pre-installed for Linux operating system. But in the case of the Windows operating system, you are required to install python according to the windows version you have on your device. In today’s article, we are going to discuss how to install python on windows 10. Here we will be talking only about the python 3 installations which same for all its versions. Python 2 is no longer supported by the python community thus it’s out of practice.

Let’s see the prerequisites that are required to download the python 3 version on your device:

Now we will see all required steps to download and install python 3 in windows 10:

The method of installing python 3 in windows is a very easy procedure. Here you are required to install a python executable installer .exe file and then you are good to go. Follow steps to do this:

The link is attached below:

Also Read:  How to Delete Your Paytm Account Permanently

When you download the latest version of python you even get the pip by default. But if you prefer to go with the older version then it might be possible that you need to go and install the python-pip. To verify pip you can make use of the below steps:

I hope all the steps mentioned above will help you in downloading as well as installing python 3 on your respective devices.