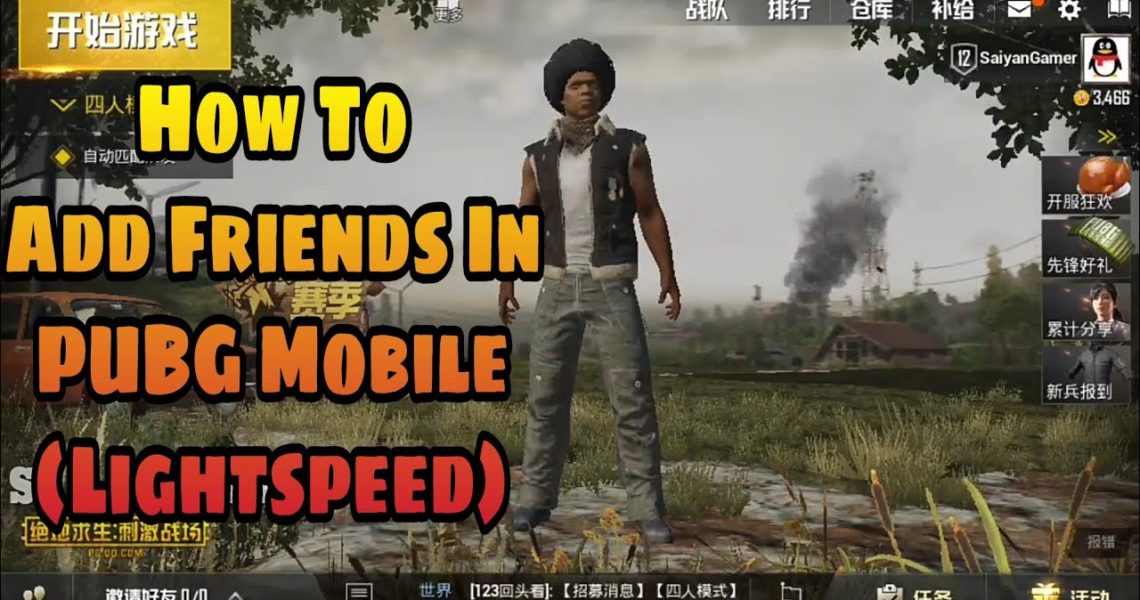 How to add Friends on pubg mobile lite

After Fortnite, PlayerUnknown’s Battlegrounds (PUBG) has now made it onto mobile devices. In the free app you can not only play with 99 other users, but also enjoy the game together with your friends. We’ll explain how to add other users to your friends list in PUBG Mobile.

In the Battle Royale game PUBG, a hundred players fight for survival on a virtual map. If you want, you can join up to three other users to form a team and gain advantages together or act completely solo. The title, initially published as a computer game, quickly developed into an absolute multiplayer hit and has sold around 27 million copies to date. Now a mobile version for Android and iOS devices has also appeared, which is already climbing up the app charts.

PUBG Mobile: How to add friends

If you want to play PUBG with friends, you must first add them to your friends list. The process is relatively easy to follow:

Also Read: What is PUBG Lite, What are its Requirements and how to download PUBG Lite

If you have received a friendship request yourself, you only need to tap the person icon, go to the “request” area and then accept the respective request. Here, too, the process is relatively intuitive. As soon as the request has been approved, you can now play PUBG at any time and explore the big map in the game, for example. However, the game is not yet cross-platform: You can only play PUBG from a smartphone with users who use the mobile app like you.

Assign friends to your team

In order to play a round of PUBG with your friends, you have to call them up from your friends list and then add them to your team using the plus icon shown there. You can then fight against other players to survive together.

Chat with other users

PUBG also has a useful chat function, thanks to which you can chat online with your friends. To write a message, start the app again and then tap on your friends list at the bottom of the screen. Then you select the user you want to send a message to, type it in and send it. In addition, similar to the PC version of the game, there is also the option of voice chat.

You can also play PUBG Mobile with your friends as soon as you have added them to your friends list in the app.

Of course, you can also accept friend requests yourself at any time.

You can also chat with your friends via the app and plan your next move in the game.